Swarmy helps you to measure sound levels inside your beehives.

Swarmy provides a data logger to record the sound levels in your hive at 7 frequencies. This data log can later be exported for analysis in a spreadsheet like Excel. You’ll need to connect a mic to your iOS device and get it into your hive or put it beneath your screened bottom board by attaching it to a stick or dowel. In order to get a mic into your hive I recommend building a mic frame. Unfortunately you can’t plug a plain electret microphone into your phone because it won’t be powered properly. Using this splitter will power the microphone as well as give you a second jack for your headphones. 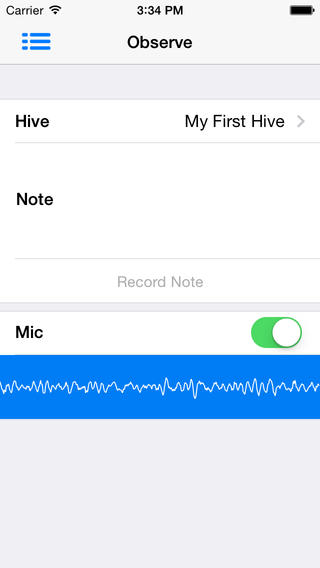 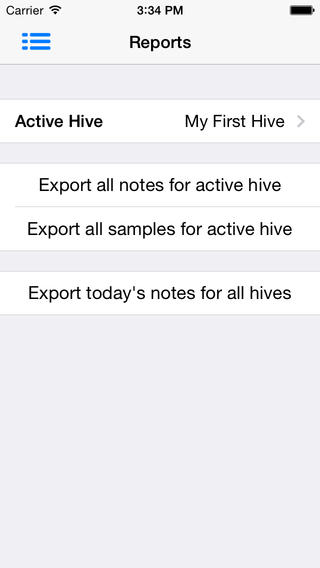 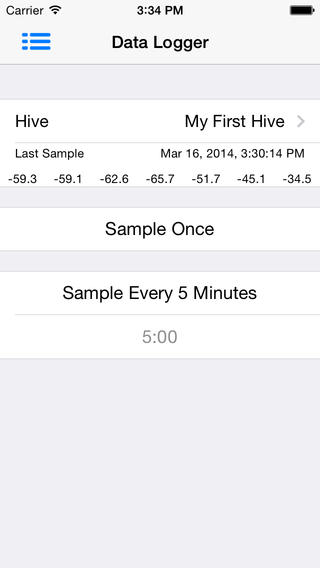 In 1964, Eddie Woods (1901 – 1976) – a BBC radio engineer – created a device called the Apidictor. It would filter sound from a beehive to make certain frequencies easier to hear and measure. Eddie had a keen ear and had discovered that honey bees produce different sounds depending on conditions within the hive. For instance, if you knock once on the outside of a hive you should hear a short, sharp hiss. The shorter and more intense this reaction is indicates how defensive the bees are and indicates that the hive is queen-right. The other phenomena he was interested in was a warble produced when brood was no longer hatching and/or the queen was eating less. The nurse bees produce this warble and he discovered it was an indicator for swarming. Using the apidictor a beekeeper would regularly measure the sound level and as it changed could decide when a hive inspection was appropriate.

There isn’t much information available about Eddie Wood’s research but a few people have taken it up again in the hopes of learning more. I built Swarmy to help with this research.

The following audio recording by Eddie Woods will introduce you to the specific sounds that Swarmy will help you to better hear.